Today, we will  make a trip to the underworld so prepare your soul and prepare a dime. We will go to Turkey in Denizli Province to visit Pluto’s temple.Pluto or Hades how is better know in Greek mythology( the underworld god). This temple was mentioned in Strabo, Cassius Dio and Damascius writings. The temple is situated on a small cave that emits gasses. So getting to close can be fatal. Birds and other animals are still dying if they get to close.

The cave is not to big but large enough for a man to get in, descending the stairs and getting to the place where the gasses are. There is a 3 m squared chamber behind it is a  deep cleft in the rock through which fast flowing hot water passes which release the gas. Many people have died because of this gas.That’s why this place was considered a place that belonged to Pluto, the underworld God, and a gateway to the underworld. 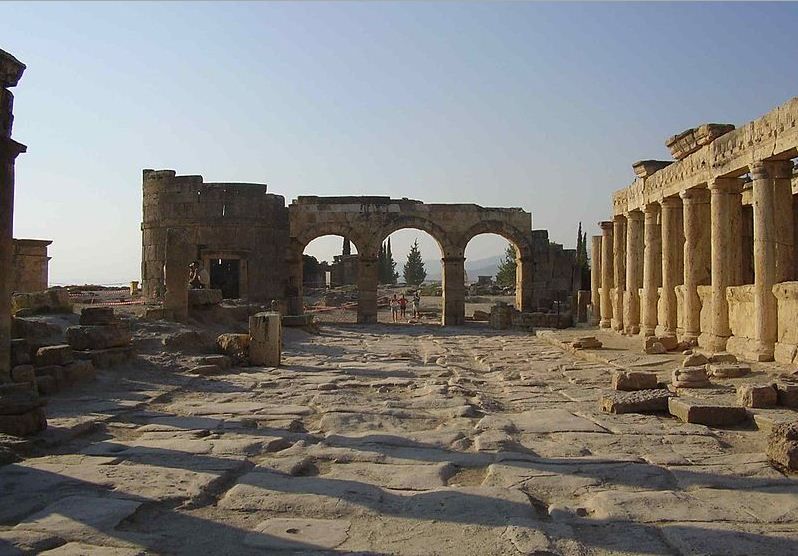 Miracles do happen so the castrated priest  of Cybelle known as Galli descended in to the cave crawled on the floor to the pockets of oxygen and survived as usually the gas tends to go upper. He got out  of the cave and people thought he was immune and a miracle have happen. So since than the people saw the priests as having superior powers.

The gasses were also as a ritual for passing to the underworld, but also to get in a trance by the priest.

The temple had a lot of income from selling  birds to the people for sacrifices.People were coming also to ask the Oracle for answers.The temple have been closed during the Christian time. Earthquakes may helped at the temple destruction.

The temple was discovered in 1965 by a Italian archeologist who published all his reports about the discoveries he and his team have made. In 2013 other Italian archeologist team continued the researches.Most probable the temple and the city dates from the time of king of Pergamum, Eumenes II, around the year 190 BC. 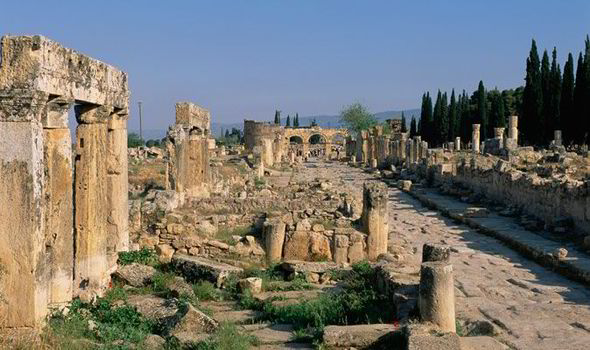 I hope you enjoyed our trip.