Today I will take on another trip. 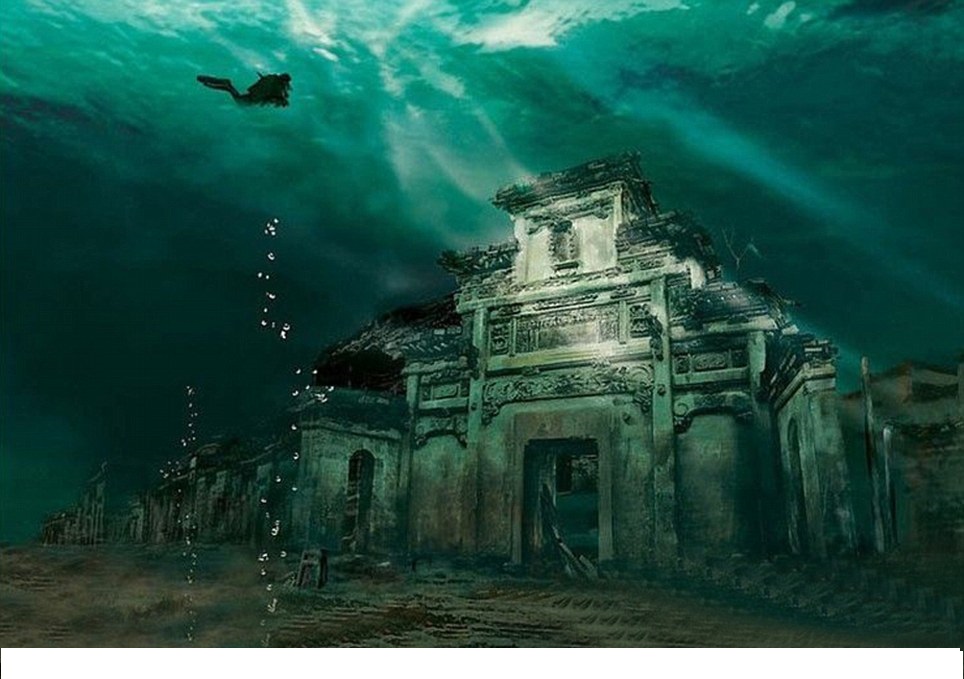 We will go far away in China to visit a forgotten city.

So, let’s go deep down in the water and find the story that lays ahead. The city is called the Lion city as it is at the foot of Wu Shi Mountain, which is translated as the ” Five Lion Mountain,” from which it drew the name of Lion city. The city was built around the Eastern Han Dynasty time (25-200 A.D.). Unfortunately, in 1959 was on purpose submerged to make way for the Xi’an River Dam Project and build a hydroelectric central. Many people lost their homes and almost lost a piece of their history.

The city of Lions lay forgotten underwater for many years. Still, one day in 2001 was rediscovered when the government organized an expedition to see what remained of the submerged city that once stood proudly.

Fortunately, they discovered that the city got very well preserved in water. The city measures half of square km has 5 gates and towers, the city has wide streets and 265 archways well preserved, and a lot of stonework well kept such as beautiful lions, dragons, etc. The oldest inscription that was found dates as far as 1777. It is believed that the city walls date since 16 century. Unfortunately, such a beautiful city had to be submerged. Fortunately, people can see the beauty of the town by diving in the water between 25m- 40 m.

Here you can read more about diving in, is an article of someone who did it http://www.uwphotographyguide.com/dive-qiandao-lake-china or just watch a video that I found on the internet https://www.youtube.com /watch?v=js_vfTnEJ90

I hope you enjoyed it and that your curiosity grew and made you want to know more about this place.