Today I will tell you more about the palace garden.I will take you to see a beautiful part of the garden, we will also see a holy spring.

First stop it will be at the Temple of water.

Here in the day time in the little spots with water you can see in the water reflection the sky. In the night you can see all the stars and the moon reflected into the water. 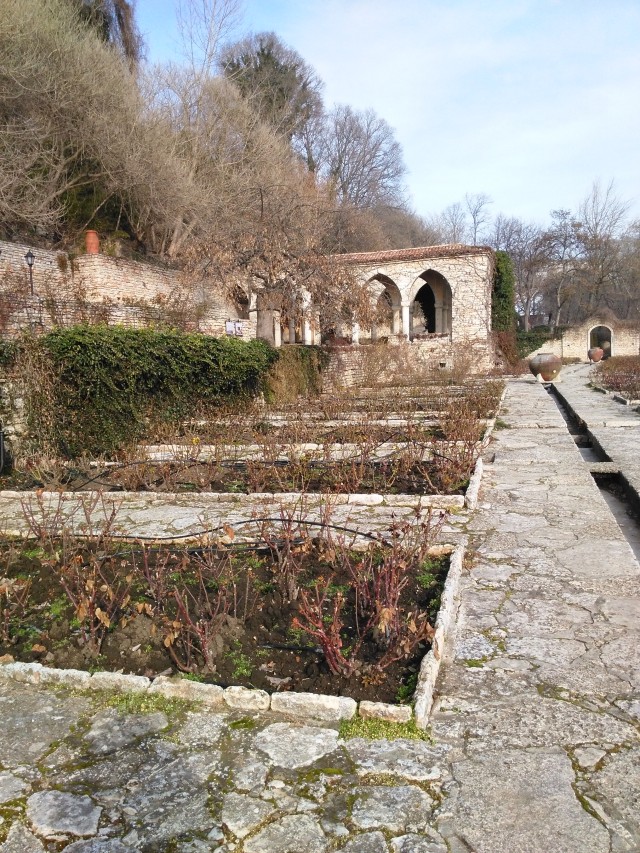 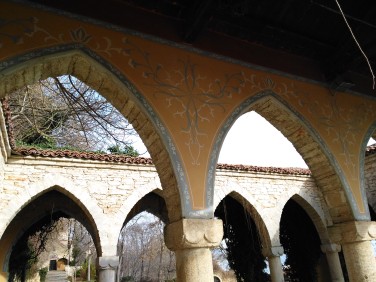 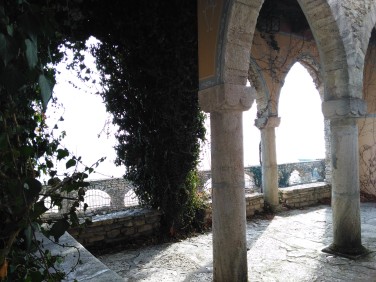 This kind of water temples were common also in ancient times, they were sanctuaries of nymphs, the deities of the spring healing water. Because of this the temples were called also Nympheu.

Queen Maria chose this fountain to recreate the famous Vitezda ( Home of Charity) in Jerusalem.

The fountain was built with the help of Asan Ugli, the son Holed aga. Above the fountain there is an inscription ” Drink in health of the limpid water of this new fountain”

The famous Vitezda, according to the Bible, God’s angel used to come down and humble the water which healed the ill people.

.From the temple to the little chapel, that is nearby  used to be a garden with white beautiful flowers, white lilies,the favorite flowers of Queen Maria. In the chapel unfortunately you can’t enter at least when I was it wasn’t open.In this chapel, the heart of Queen Maria stood closed in a small coffin from 1938, when the Queen died until 1940 when Balcic  returned to Bulgaria.

In 1932, near the Chapel it was built a fountain, so the worshipers could wash their hands before entering the temple.On the wall of the fountain there is a relief of Virgin Mary

This ritual was taken by Christians, suggesting  keeping the soul clean and also reminding of Christ washing the feet of the Apostles as a symbol of humbleness. 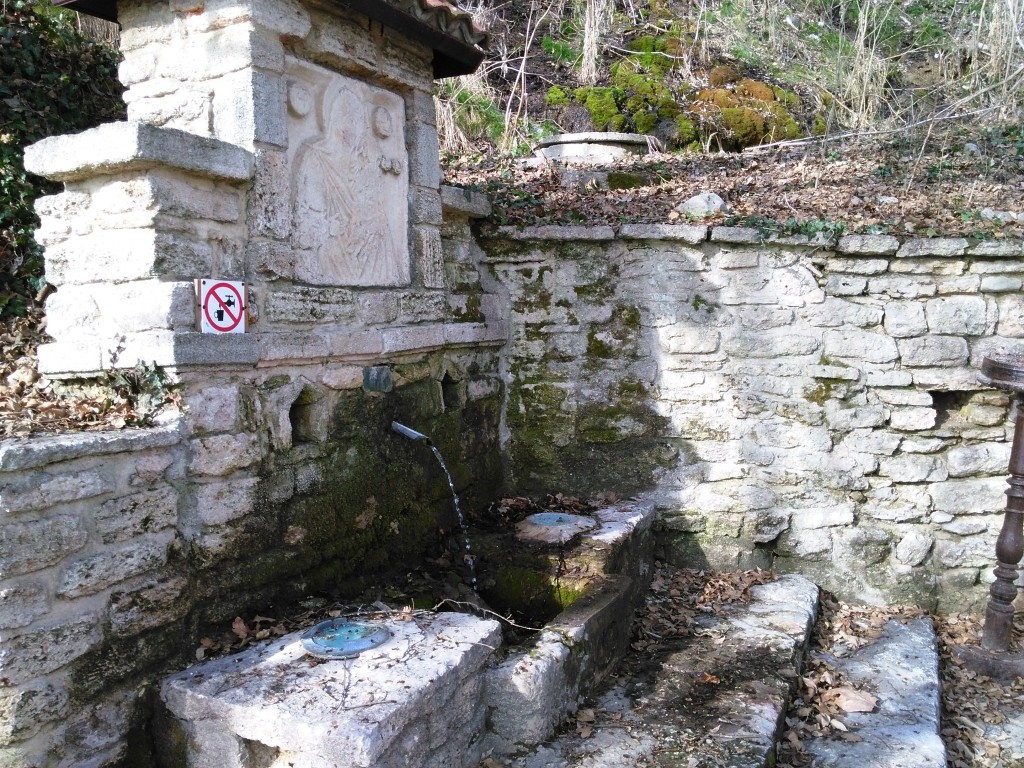 Unfortunately you can’t drink water from here but you can have some water from the Holy Spring, which is our next stop. 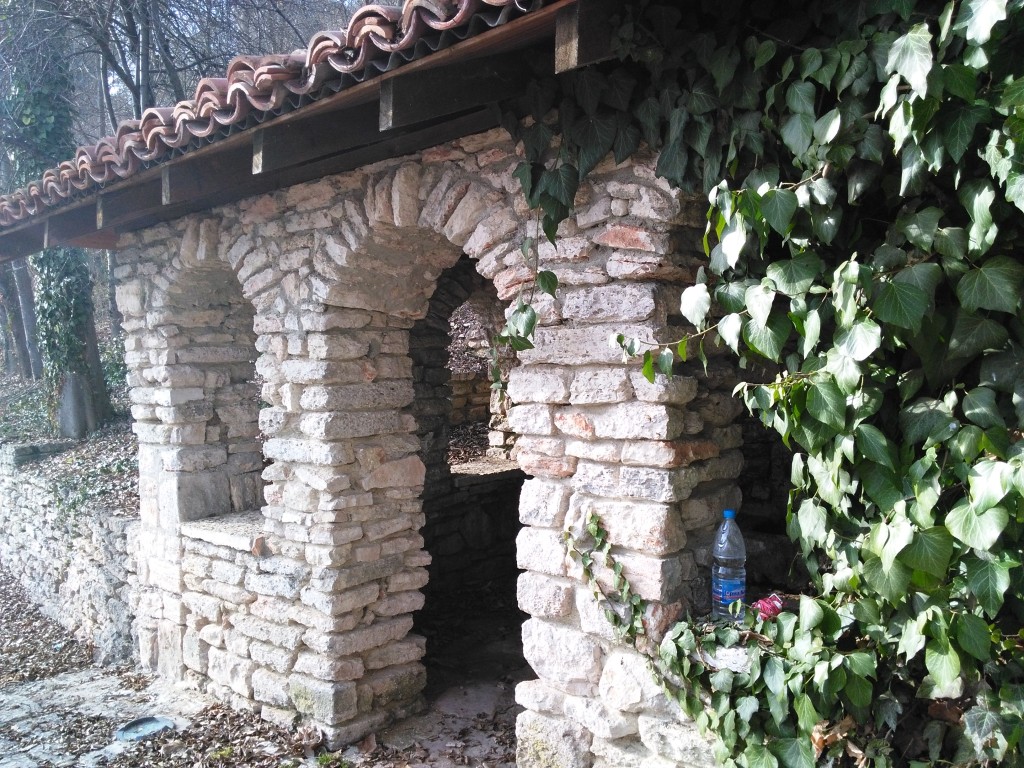 The holy spring was discovered before the construction of the Palace.The belief was that the spring water is healing, cleans the bad thoughts .Believers used to throw coins in the water for health.The spring is inside this small building.

Here in Balkans the holy springs are associated with Saint Marina, who succeeded the cult of Artemis. The sanctuaries of Artemis Bendida were often situated near a spring or a lake symbolizing fertility.

Marina became a saint after she was tortured in order to renounce at her faith in God. Marina was tortured and maltreated but she didn’t gave up to her faith. Her body was full of wounds. Wounds that were burned with fire. While she was in pain she started to pray to God  to pass through water  of baptism as she passed through the fire in His name.

Hearing her prayers, her tortures decided to drown her.They brought a large barrel full of water and threw Saint Marina into it. At that moment the earth shook, the chains fell from the hands of Saint Marina, above her head shined an extraordinary light,  a dove with a golden wreath in its beak flew away. Saint Marina received her baptism and the water cured her wounds.

In many places in Bulgaria where is a holy  spring, the spring is dedicated to Saint Marina.

In the power of Saint Marina believe the Christians but also the Muslims.

Now  after I told you a bit about the ancient but not only believes, let’s just take a walk in the Gethsemane garden and enjoy the view. 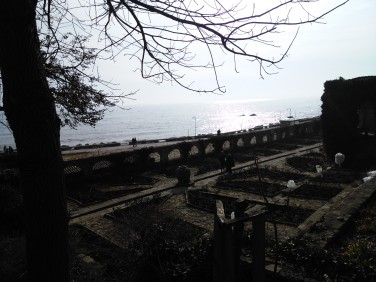 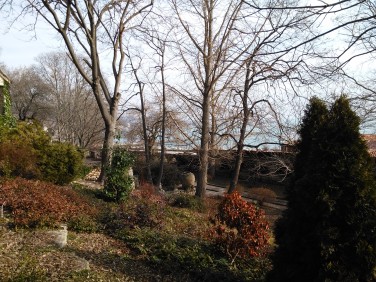 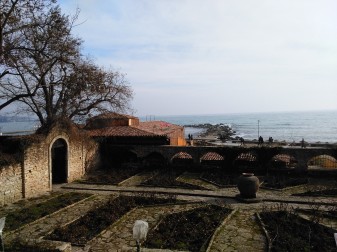 Later you can also enjoy how the palace looks in the night when is full of light, as you can see here. 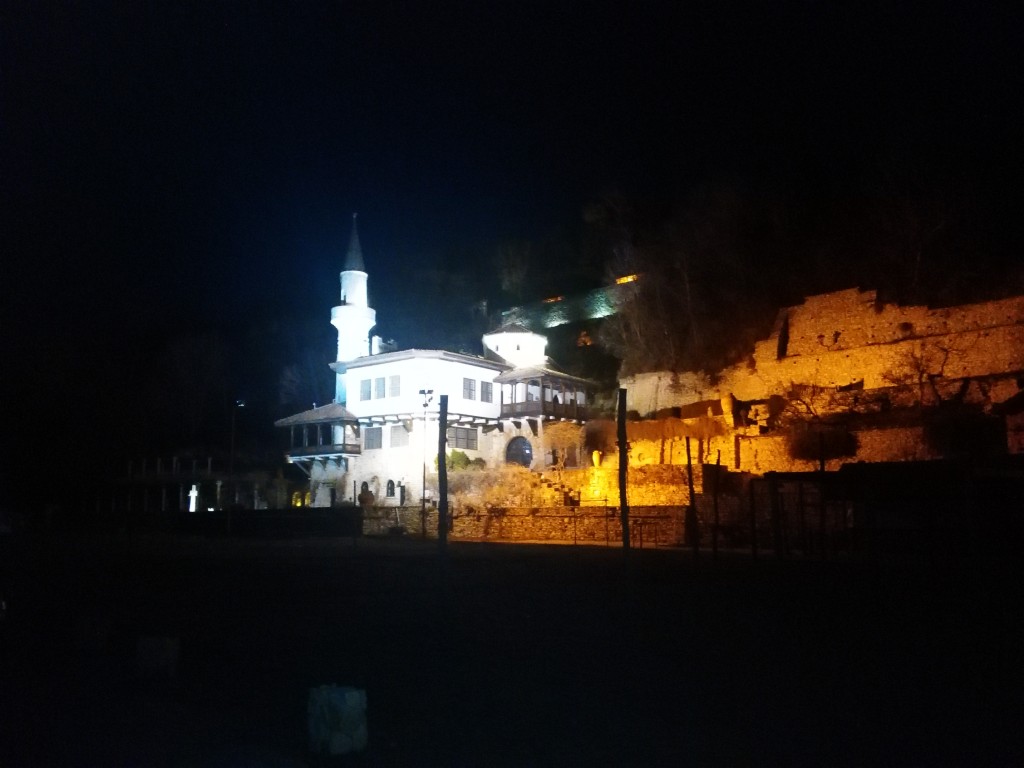 But before the night comes you can also enjoy the beach and the view from it. I hope you will enjoy! 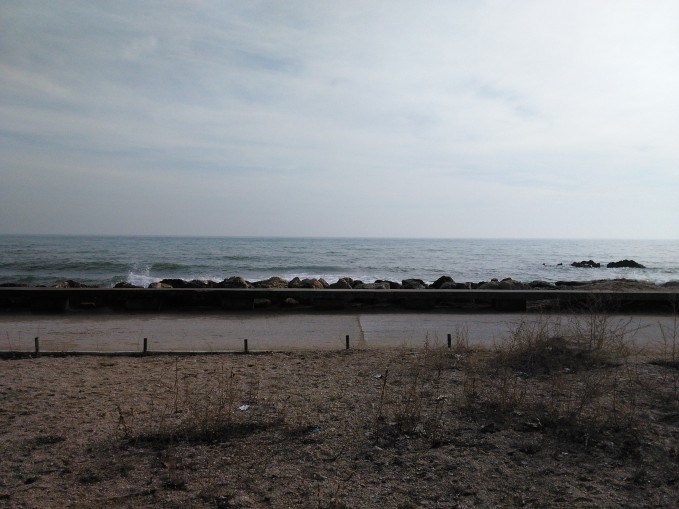 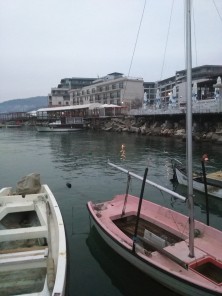 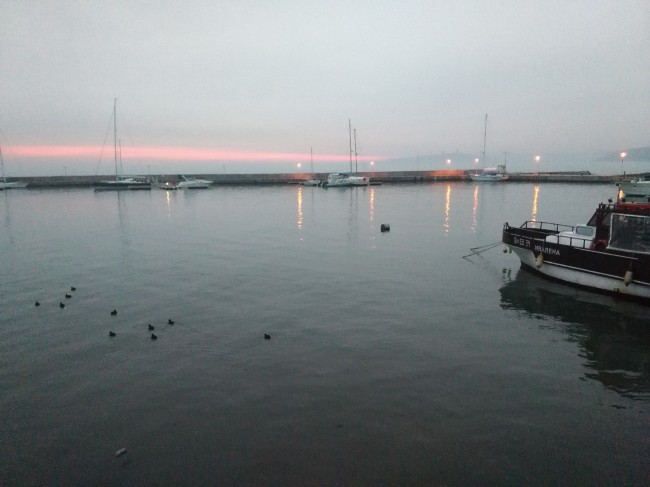 2 thoughts on “The hearth of a Queen-part 3”