I will take you on a new trip. We will go today to visit a castle. The castle it is situated in Campina,It was built between 1894 and 1896. As you will see this is a beautiful castle, it was made in the memory of Iulia Hașdeu, she was a beautiful intelligent woman who died when she was 18. Her father Bogdan Petriceicu Hașdeu, after her death he started to be  in spirit world. This castle is full of mysticism, even has a sanctuary  as you will see soon. Bogdan Petriceicu Hașdeu was approaching spirit world with scientific mind, as he was a science man. He did many experiments and many spiritualism sessions.

The castle has 3 towers, in the middle tower is the sanctuary. The middle tower has a big iron door on which is the emblem of Hașdeu family, Pro fide et patria and the words of Galileo Galilei, E pur si muove, the door is moving around an spindle  and it is the main gate. The door is flanked by two thrones on which are dug the seven most important reincarnations of Iulia Hașdeu and also the twelve laws and Pythagorean symbols( the pentagram and the seven circles). On each thrones  on top of it is situated a feminine sfinx, guardian of the entry.Above the door you can see a big eye and also a date 2 July, the date at which Bogdan Petriceicu Hașdeu  was celebrating his daughter and his wife. 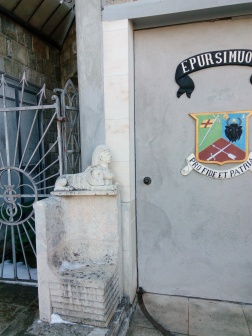 Now, come with me and let’s go inside. First is the reception room, now is the room where you can by your ticket to visit the castle which is around 2 euro/10 lei you can visit it daily from 8 to 16, so let’s get in. 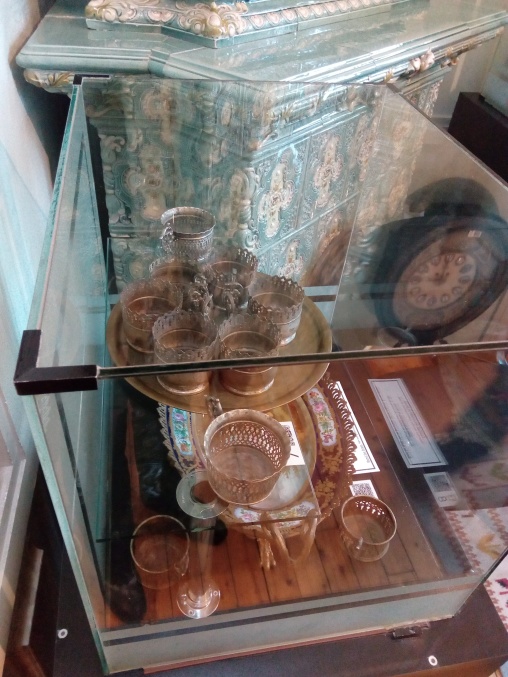 On every window you can see some mirrors,this room and also the living room has mural painting and the they are the most sunny in the morning as the castle is oriented to north, the tower from right is oriented to east and the one from left  to west.In this room you can see a beautiful wall clock, but also a great looking stove 🙂 . Now we will go to the living room, here are many beautiful objects. 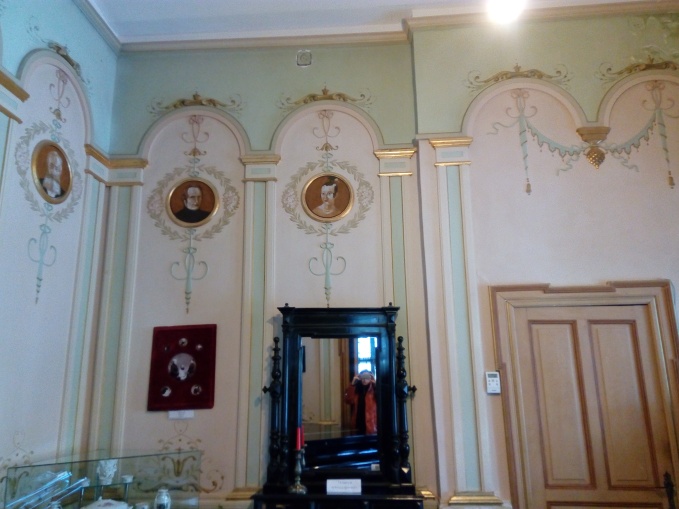 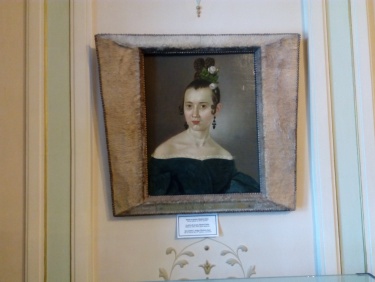 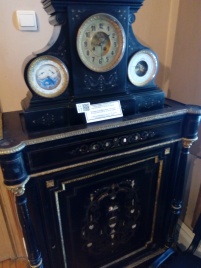 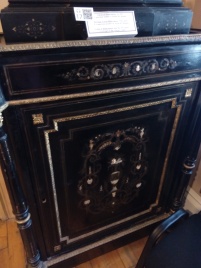 The next room is the sanctuary,  but about that I will tell you next time.